In Dubrovnik and the surrounding area there are so many beautiful and interesting places to visit. We have selected the top 10 places that you should not miss during your stay in Dubrovnik. To see the directions to the location, click here 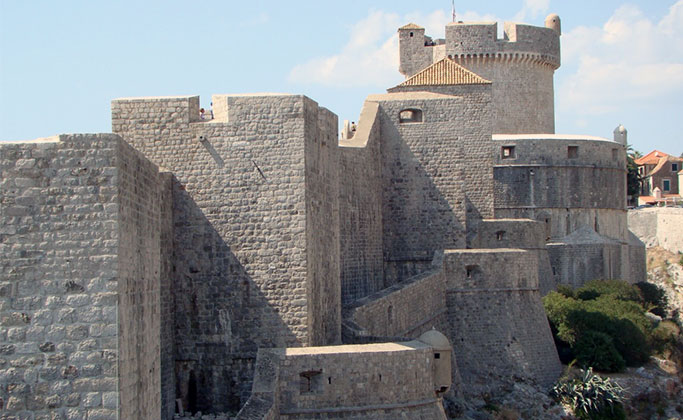 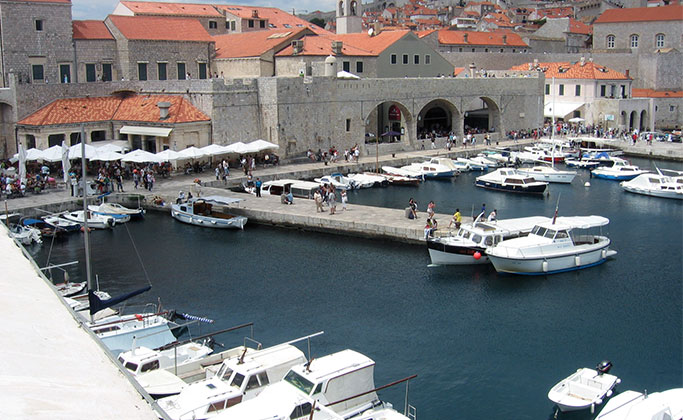 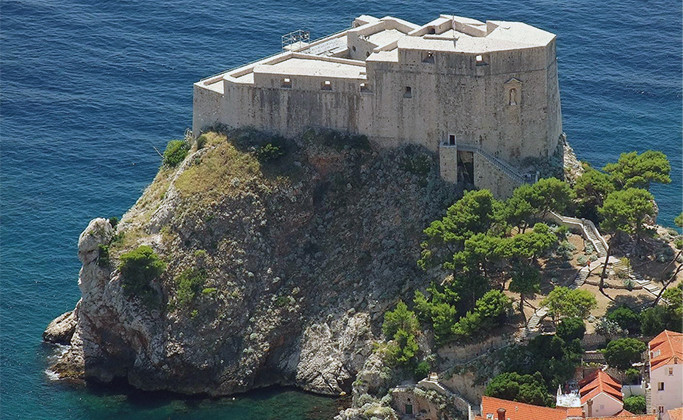 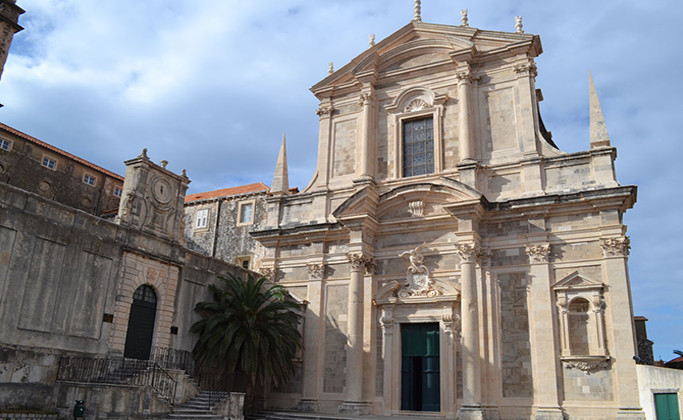 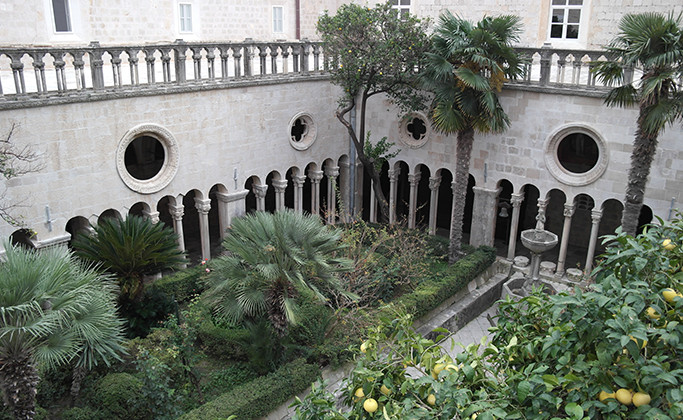 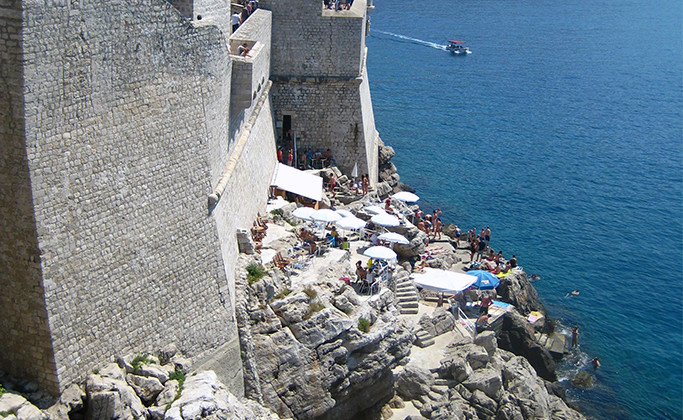 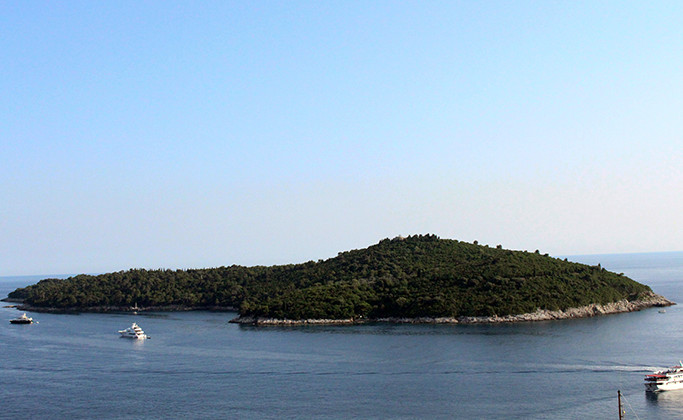 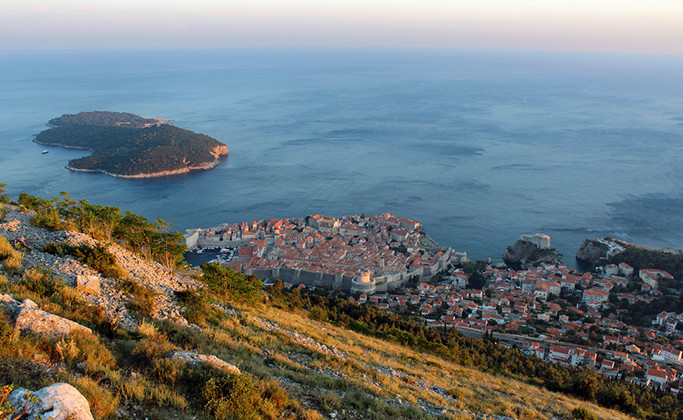 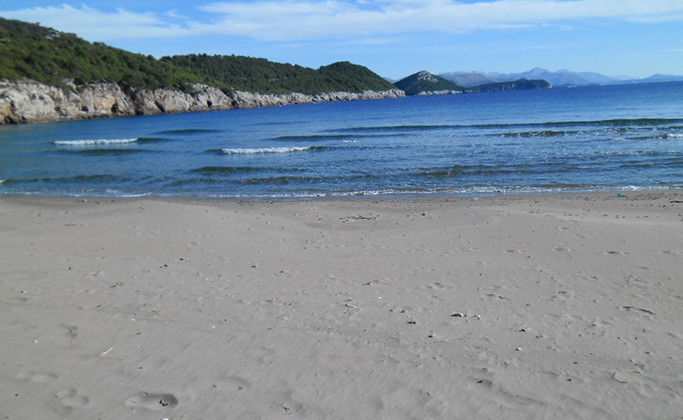 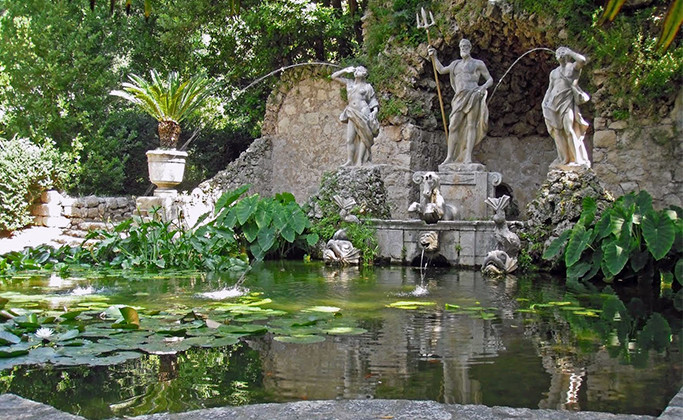 Here you can read what to visit and learn more about the most attractive sites of the city of Dubrovnik and its surroundings. 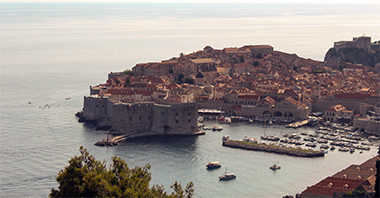 Completely surrounded by city walls from the late Middle Ages Dubrovnik old town is located at the foot of Mount Srđ. The magnificent high walls of 25 meters high and 2000 meters long are composed of series of forts, bastions, towers and separate fortresses. On the north is situated Minčeta tower, while on the east side is Revelin fortress, which defends the City port called Porat.

In the port is located seawall Kase, whose primary task is to protect the ships and the city from the waves, while on the western access to the port was constructed the first embanked coastline - Porporela. The port is dominated by St. John’s fortressThe western entrance to the city is defended by the fortress Bokar and powerful and independent fortress Lovrijenac, built on the steep cliff from which rises more than 37 meters above the sea.

The main street of the old town is named Placa but is better known under the local name Stradun. Stradun is located between the city gates, and once before the wooden bridges were raising and closing the entrance to the city. There were only two main entrances: Pile on the west side and Ploce on the east side. On the south of the city walls there is a small door of St. Stephen, which offers access to the cliffs on which the ancient Dubrovnik is built,offering an amazing view to the sea and the island Lokrum. This door leads you to a place called Buza, an particular rocky beach at the foot of the southern walls of the City. 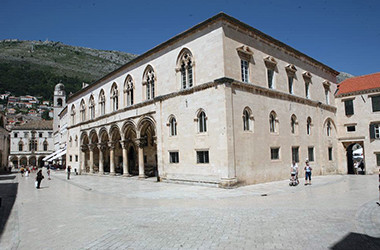 This palace was built as the seat of the Government and the residence of the Rector, the highest political function in the Republic of Dubrovnik. Within the Rector’s palace is situated Cultural-Historical museum, whose exhibits are situated on the ground floor, mezzanine and the first floor. Courthouse, administrative offices and prisons are located on the ground floor. The mezzanine is exposed the numismatic collection of Dubrovnik coins, seals, measures and the collection of watches. On the first floor are Italian masters paintings and the furniture style Baroque and Rococo. 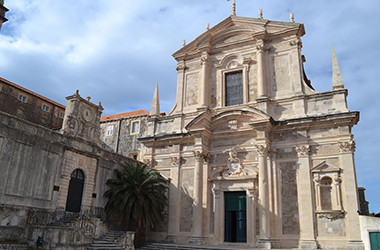 The complex called Jesuits is the most beautiful baroque corner in Dubrovnik. It consists of a square, the Church of St. Ignatius and the Jesuit College. Jesuits can be reached by monumental staircase dated 1738, giving the feeling of the famous Piazza di Spagna staircase in Rome. The church was built as a Baroque, single-nave church with a representative front, modeled to the church of St. Ignatius in Rome. One of the interesting features is the cave dedicated to Our Lady of Lourdes. Attached to the church is Jesuit College, the famous Jesuit school, and today Diocesan Classical Gymnasium Ruder Boskovic. 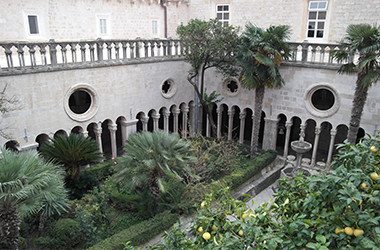 The monastery complex of the Friars Minor in Dubrovnik is one of the most interesting city attractions with a history of about seven hundred years old. Protected by thick walls and strong gates of Pile and Minčeta tower, the Franciscans built a luxurious oasis, a monastery with a beautiful cloister, the associated church, pharmacy and a rich library. Pharmacy of the Friars Minor is known around the world due to the fact that is one of Europe's oldest pharmacy, founded in 1317 and is still operating. The pharmacies preserves many historical documents, such as many prescriptions or books referring to the medicine and pharmacology. The library includes more than 70,000 printed books and numerous manuscripts.

Founded in 1872 as a Native Museum, today these five museums are organized as a public cultural institution: Cultural-historical museum in the Rector's Palace, Ethnographic museum in the granary Rupe, Maritime museum in the St. John fortress , the Archaeological Museum and the Museum of Contemporary History.

Dubrovnik Museum of Modern Art was founded in 1945 and firstly located in the palace Cerva - Pozza in the area of Pile, while today is at Ploce. Thematic exhibitions representing all the wealth of Dubrovnik, Croatian and the World artistic and sculptural creativity are regularly organized. 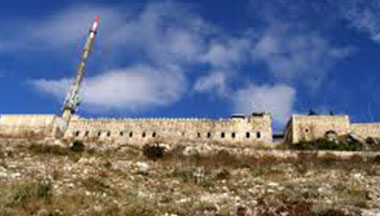 Hill Srđ rises above Dubrovnik. At the top of the hill is located monumental fortress Imperial which was built in 1810 during the Napoleon's occupation of Dubrovnik. The fort is now the Homeland War museum. The most comfortable and fastest way to reach fortress Imperial is by cable car. During the ride, you can enjoy stunning views over the City. 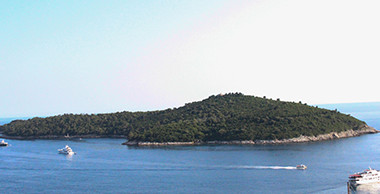 The island of Lokrum is a special reserve of the forest vegetation under UNESCO protection, and is a favorite place to escape from the summer crowds and the heat, a mysterious place surrounded by legends. The island can be reached by taxi boat from the old port in just 15 minutes. Possibilities on the island are numerous.

Walking to the French fortress of Fort Royal, swimming in the Dead Sea i.e. the lake in the middle of the island filled with sea water, resting in the shade of olive groves, visiting the botanical garden, the former Benedictine monastery, and more recently the Centre in which is exhibited the Iron Throne from the popular serial Game of Thrones, which several years is being recorded in Dubrovnik.

Fares can be checked here here 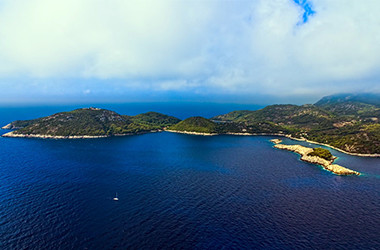 In the immediate vicinity of Dubrovnik, there is the finest Dubrovnik archipelago called Elaphite - deer islands, which are closely related to Dubrovnik and its entire history . The islands are: Kolocep, Lopud, Sipan, Jakljan and Olip. Each one is specific enough to impress you with its special beauty, and yet they are so similar to each other. Sipan Island is the largest island in the archipelago, while Lopud is considered as the most beautiful among them.

On the southeast side of Lopud, in a beautiful bay which one can reach by boat or on foot from the place Lopud through the pine forest, is located the beach Šunj, one of the most beautiful on the Adriatic. The beach is sandy while the shallow stretches a hundred meters away from the coast. Elaphite Islands are very well connected to the city by ferry, and also you can rent or charter a boat or a sailboat if you want to visit it individually. 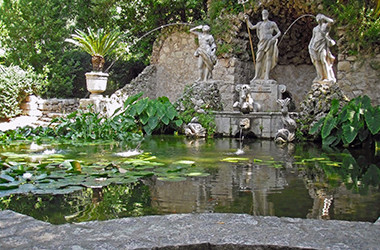 Trsteno is located 20 kilometers from Dubrovnik. It has been inhabited as early as the 5th century, as evidenced by archaeological findings of Christian chapel and numerous tombstones found in the area. In 1399 Trsteno became a part of Dubrovnik Republic. Thus, during the 15th and 16th centuries in Trsteno Dubrovnik nobility built their summer residences, of which the most famous one is the family Gučetić Gozze, located in the Arboretum, the oldest botanical garden in Croatia.

Untouched nature, small coves and beautiful pebble-stone beaches are what Trsteno offers. Trsteno is connected with Dubrovnik by regular bus line that runs several times a day, and the ride takes only 20 minutes.